For a young family in Amsterdam living on the beautiful KNSM island we’ve designed a new interior for their home. The home, located on a canal is divided into 3 playfull layers which mingle with the neighbours with as a result a playfull home. But this also resulted in having the livingroom and kitchen on the second floor with no relation to the canal.

Our design consisted out of a plan to moving a lot of functions in the house with making a ground floor living kitchen with a nook direct attached to the canal. The space of the former kitchen is transformed into 2 bedrooms with additional bathroom and toilet.

To establish the space for a living kitchen we’ve first extended the bel etage floor to the window at the front which was originally designed as a split level floor. Since the front door is still positioned on the lower level we’ve designed a two faced cabinet which in the one side acts like a wardrobe whilst on the other side it holds a tv and multiple storage space. Together with the raised podium this added a warm welcoming nook to the house where one can enjoy the view over the canal. Central on this floor is the ArcLinea kitchen with a matt black surface which became part of a bigger black volume which also houses a toilet. This volume is finished with a Shou Sugi Ban wood finish by Hakwood. The result is a junxtaposition between the natural appearance of wood combined with a matt plain surface of the kitchen.

Characteristic for the playfulness of the house was the play with splitlevel lay-outs and big voids. Due to a previous change at the house a rudimental void of 8m was located above the kitchen island with no use of making connection to other floors. Here we created two bedrooms on top of each other connected by a new wooden staircase. On the lower level also a toilet and bathroom were added. The former diningroom is transformed into a home office by adding steel doors and windows towards the living room. 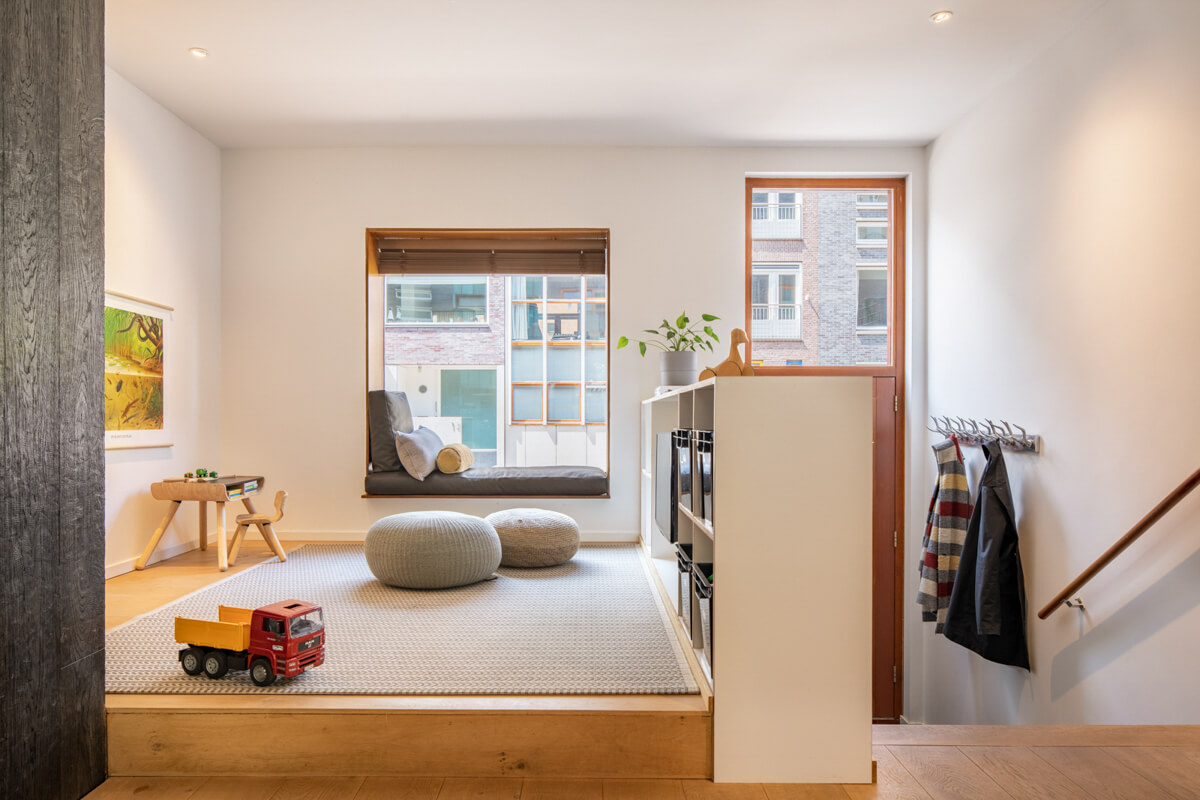 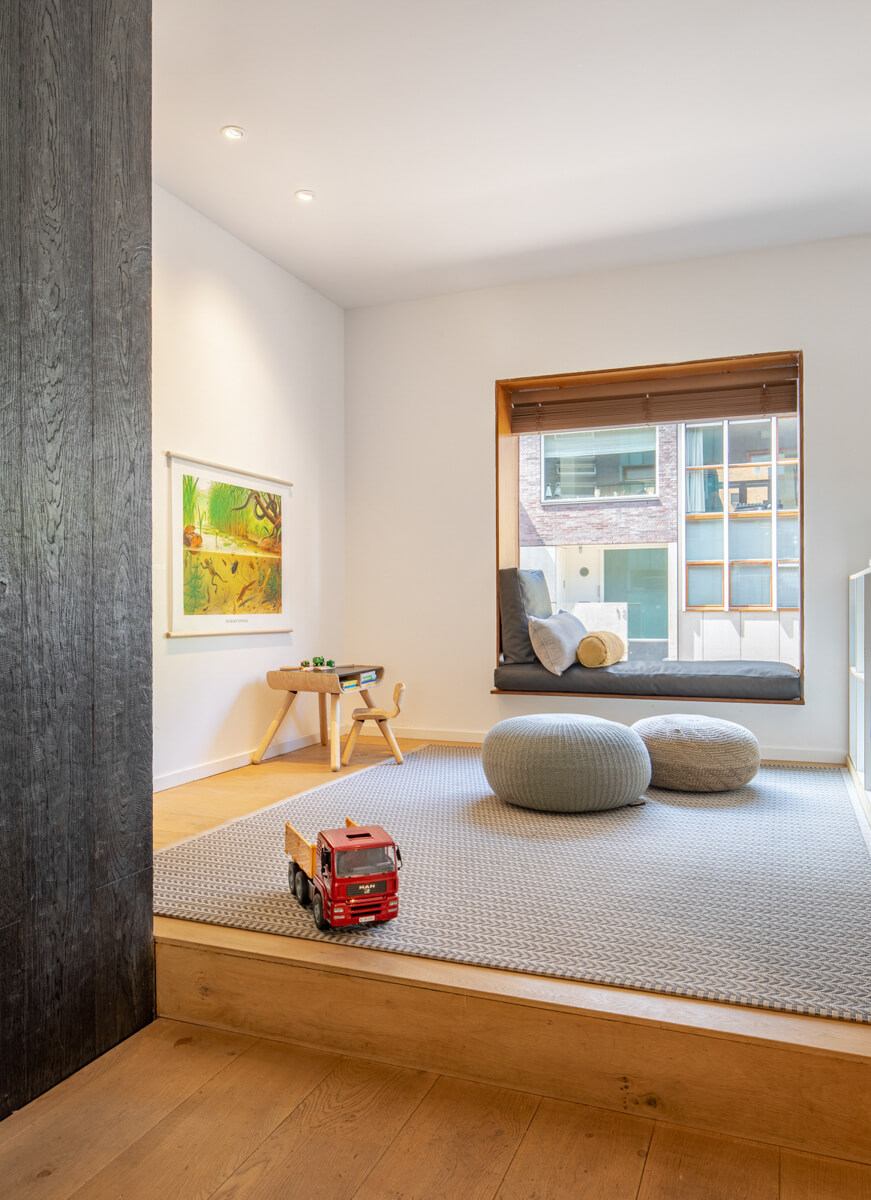 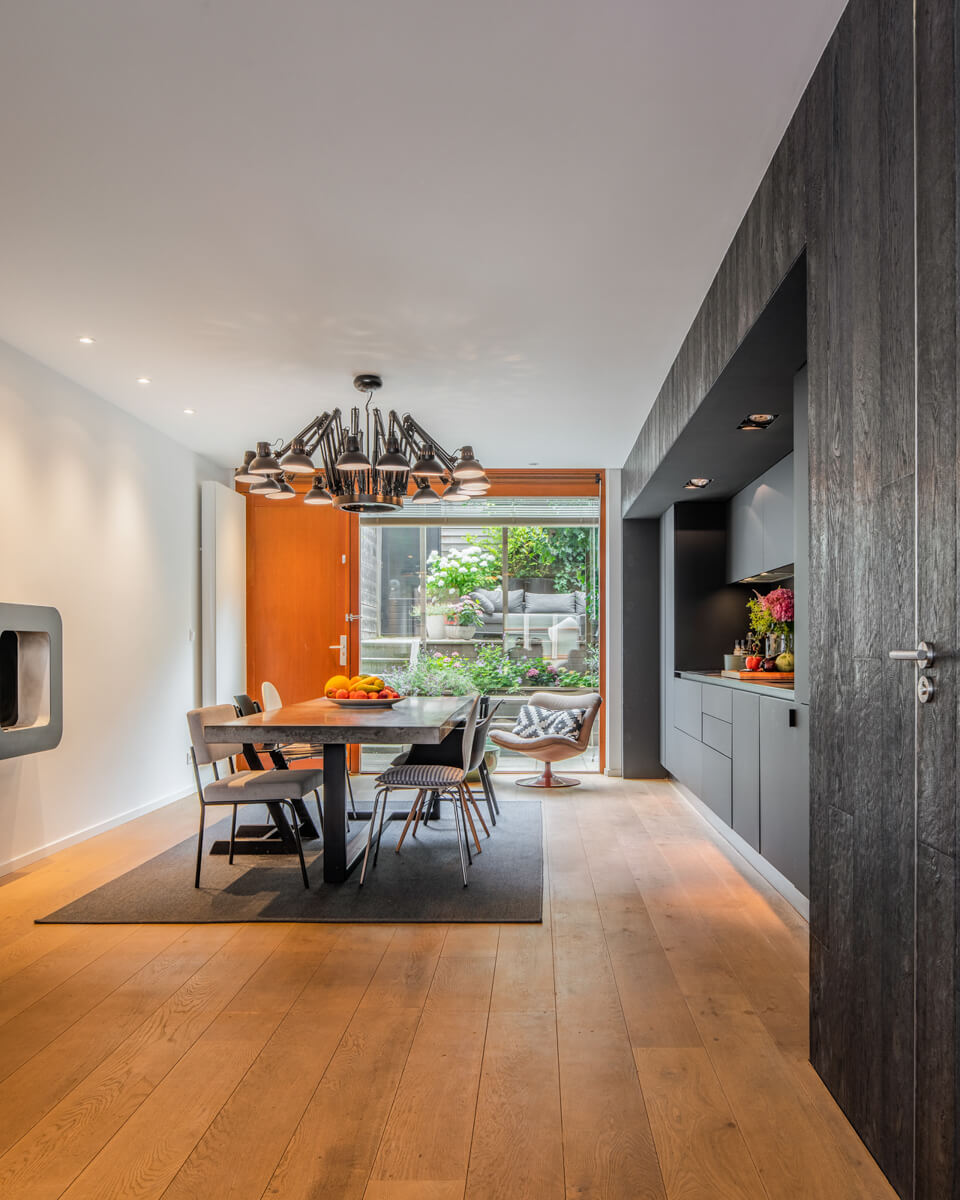 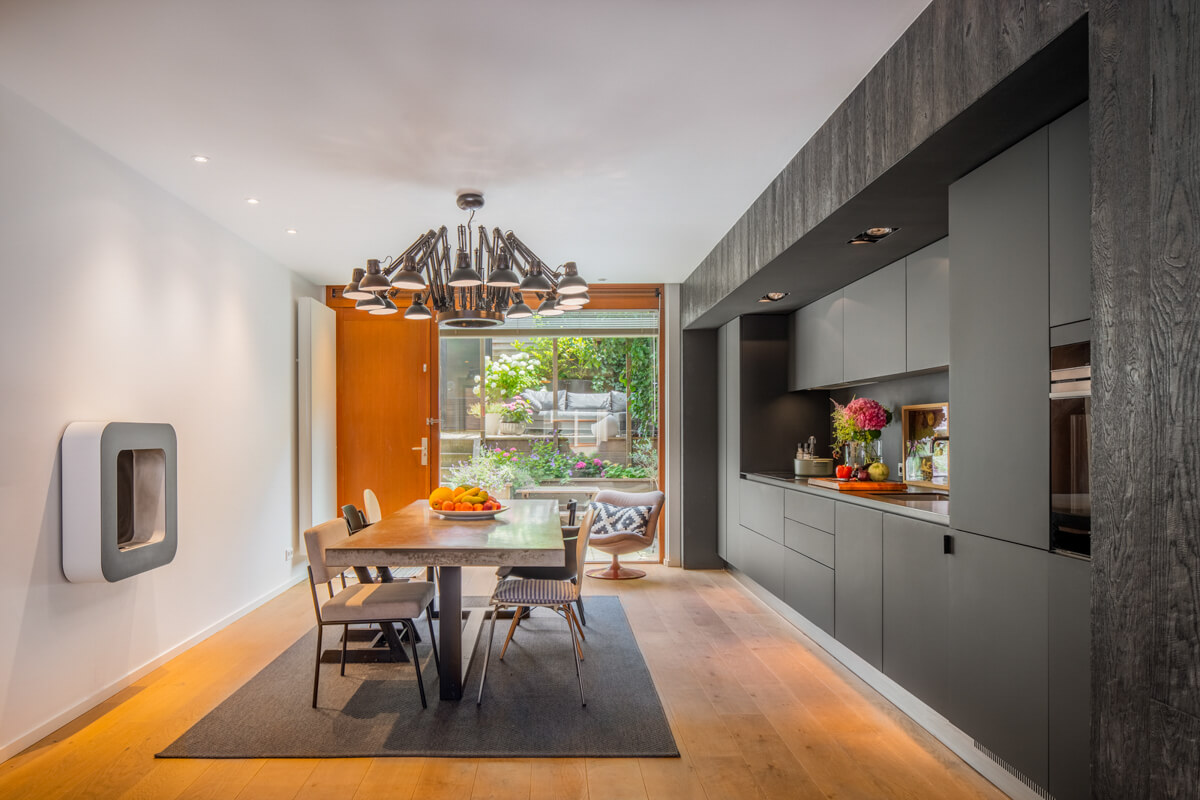 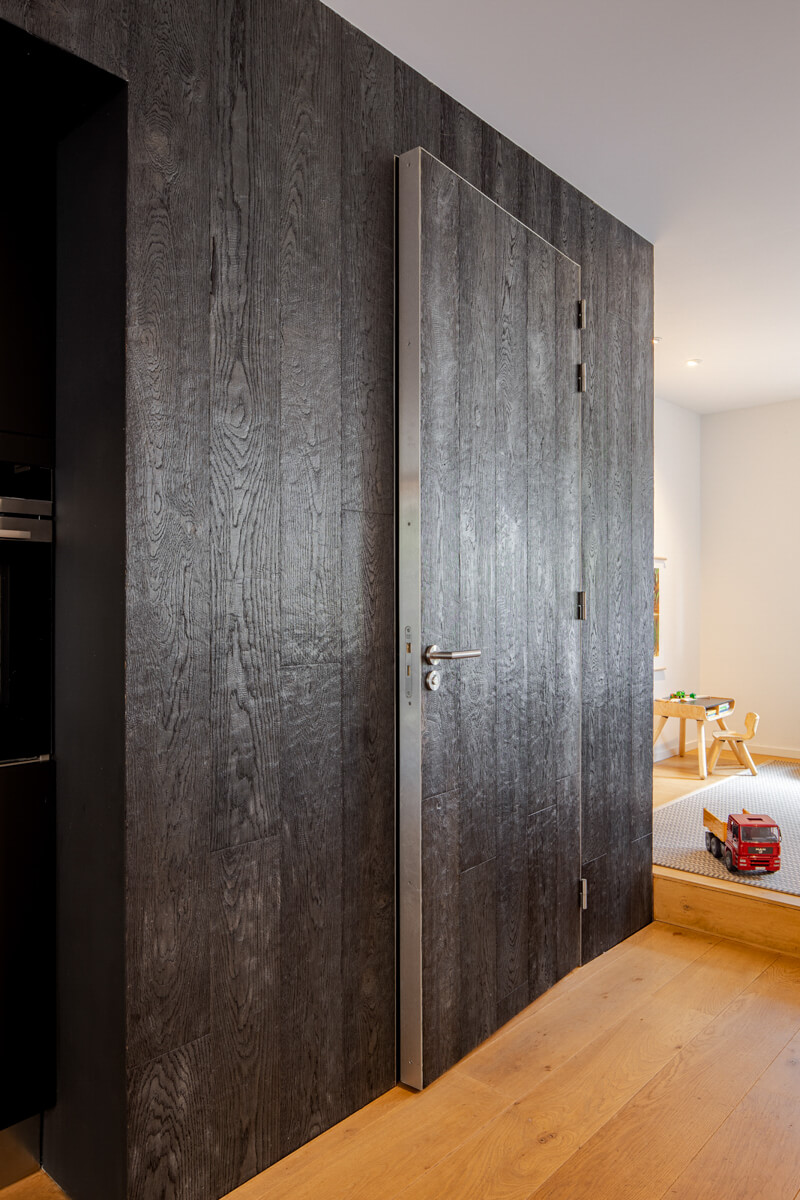 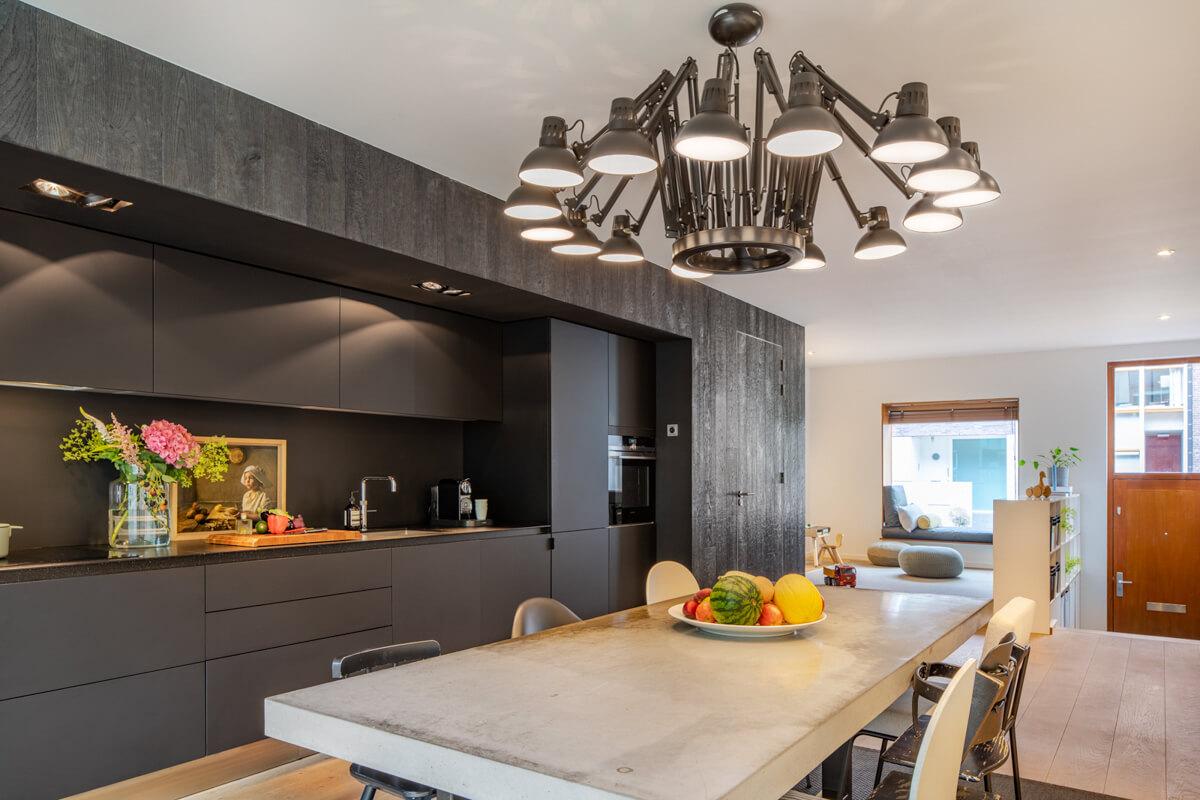 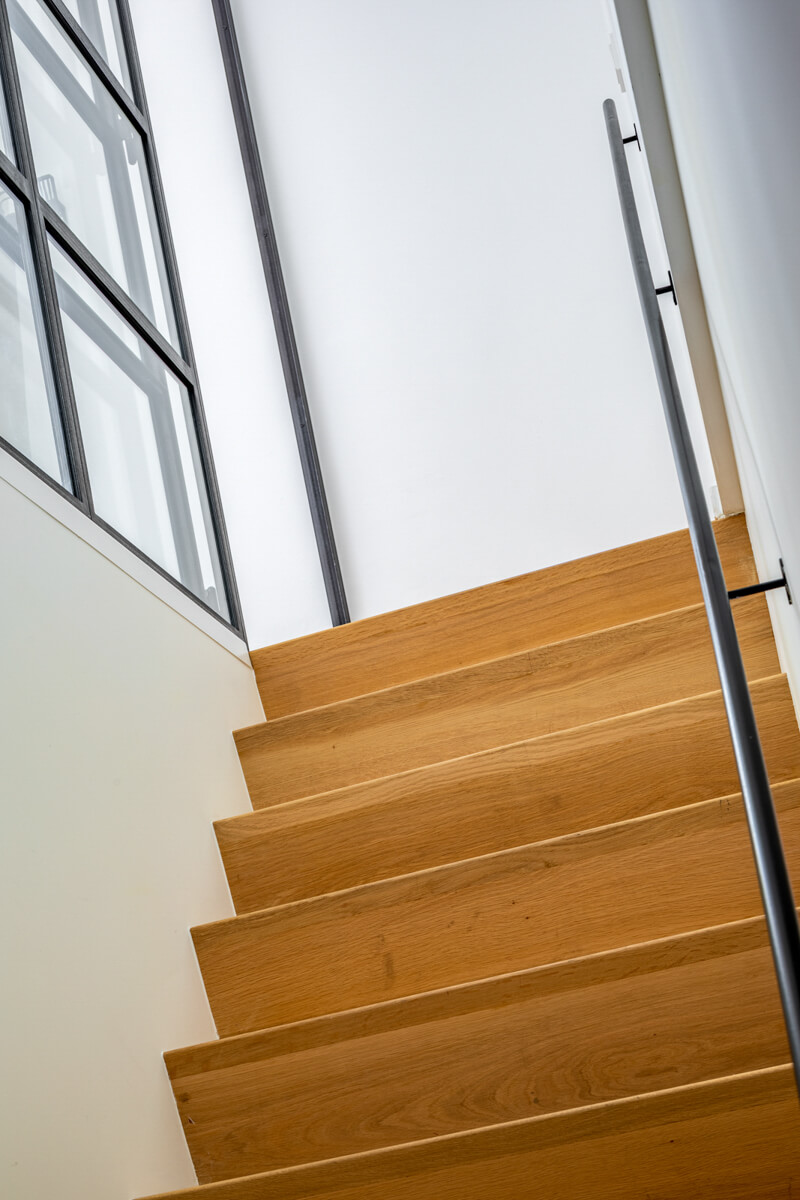 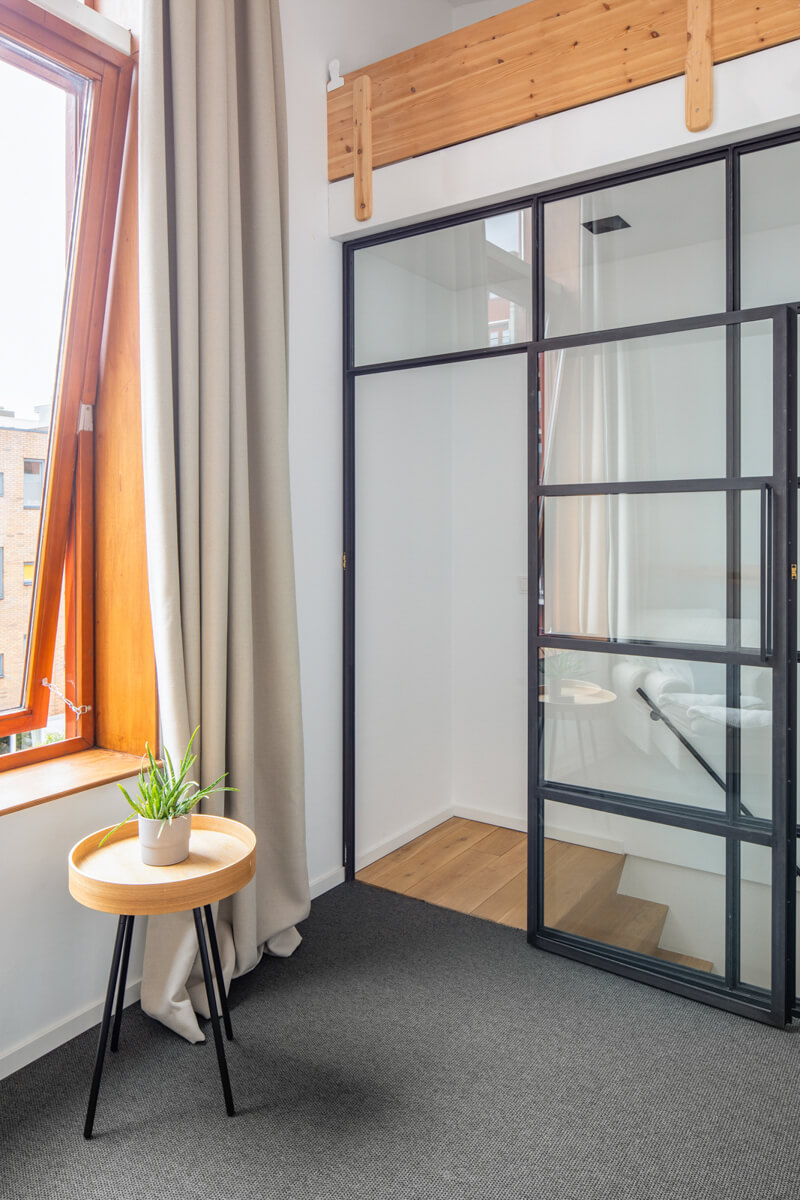